When we started the project, the Instagram profile was made in the style of “eternal feed”. The overall view looked beautiful, but individual posts in the feed looked unclear and when the user went to the profile, it was difficult to figure out where to click to get acquainted with the product range. Therefore, it was decided to make the profile feed more minimalistic and clear, alternating subject photos on a white background with images and videos inserted into the template. 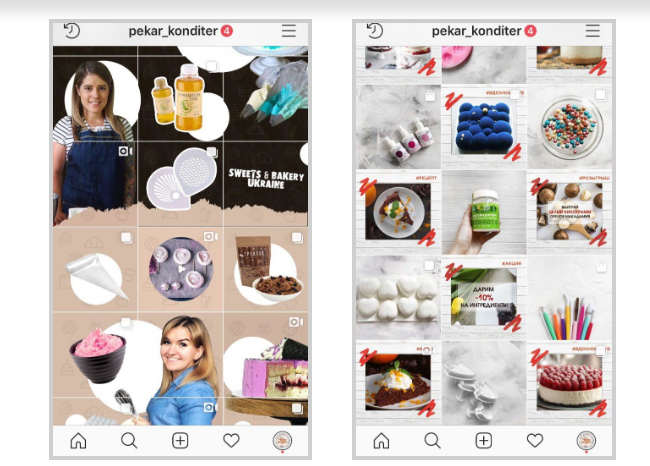 A big problem was also the large number of subscribers and subscriptions to users from the CIS countries which were not targeted due to the geography of the store. Mass unsubscription was made from non-targeted users and targeted advertising was only launched for people living in Ukraine.

The categories and activations were adjusted. Categories were divided 50/50 – half of the posts – aimed at sales, the second half – engaging and useful content. Recipes and cooking videos made up a large array of useful content. They received maximum coverage and a large number of saves as they were interesting to the audience. 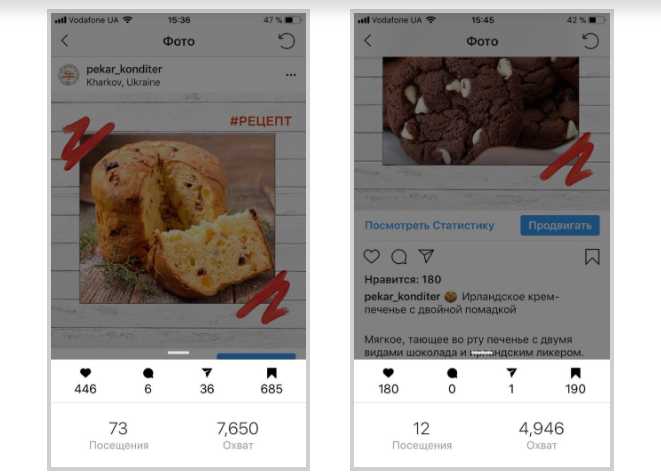 We started communicating actively with the audience, asking engaging questions and using storytelling. As a result, users began to actively comment on publications.

Drawings were also held in both social networks. The most successful was the drawing of the store’s new product- pink chocolate of the Belgian brand – Barry Callebaut. This drawing has brought not only new subscribers and a jump in activity in the profile, but also an increase in sales. This was achieved due to the mechanics of the drawing – everyone who published a contest post on Instagram Stories and marked our profile received a 10% discount on purchases on the site.

In addition, at the start of the project, the multiple link service linkin.bio was enabled in Instagram, allowing the user to go directly to the product page, without having to search for it on the site. In two months of working with the service, the number of transactions from the social network increased by 320%.

After the account enabled the ability to mark products in photos using shoppable tags, it was decided to stop using the service in favor of the built-in function. Since the launch of shoppable tags, the number of transactions has increased by another 115%.

As for targeted advertising, dynamic remarketing gave the best result. Also, almost every week on the site there were promotions that were actively covered in social networks and targeted.

As a result of the work done, there was a stable growth in the number of subscribers, the engagement rate increased almost twice and sales from social networks increased by 277%

Get a checklist for auditing Google Ads ad campaigns
To order